The Petersen Museum celebrates Enzo Ferrari with a Cruise-In

Los Angeles (Feb. 25, 2018) — The Petersen Automotive Museum celebrated the birthday of Italian carmaker and racing legend Enzo Ferrari today with a Cruise-In and Car Show on the upper level of the museum’s parking structure. A fitting honor considering that more Ferraris are sold in the U.S. than anywhere else in the world.

The free event caught the attention of several of the MINI Maniacs when SCMM Events Director Craig Williams shared it on Facebook.

While Ferrari was the prominent marque, the show was open to all makes and models. By 7:30 a.m. a line of precious metal clogged Fairfax Avenue, waiting to enter the Petersen’s parking structure. On the third level was a sea of Ferarri Red, with a few MINI Coopers in the mix as well. 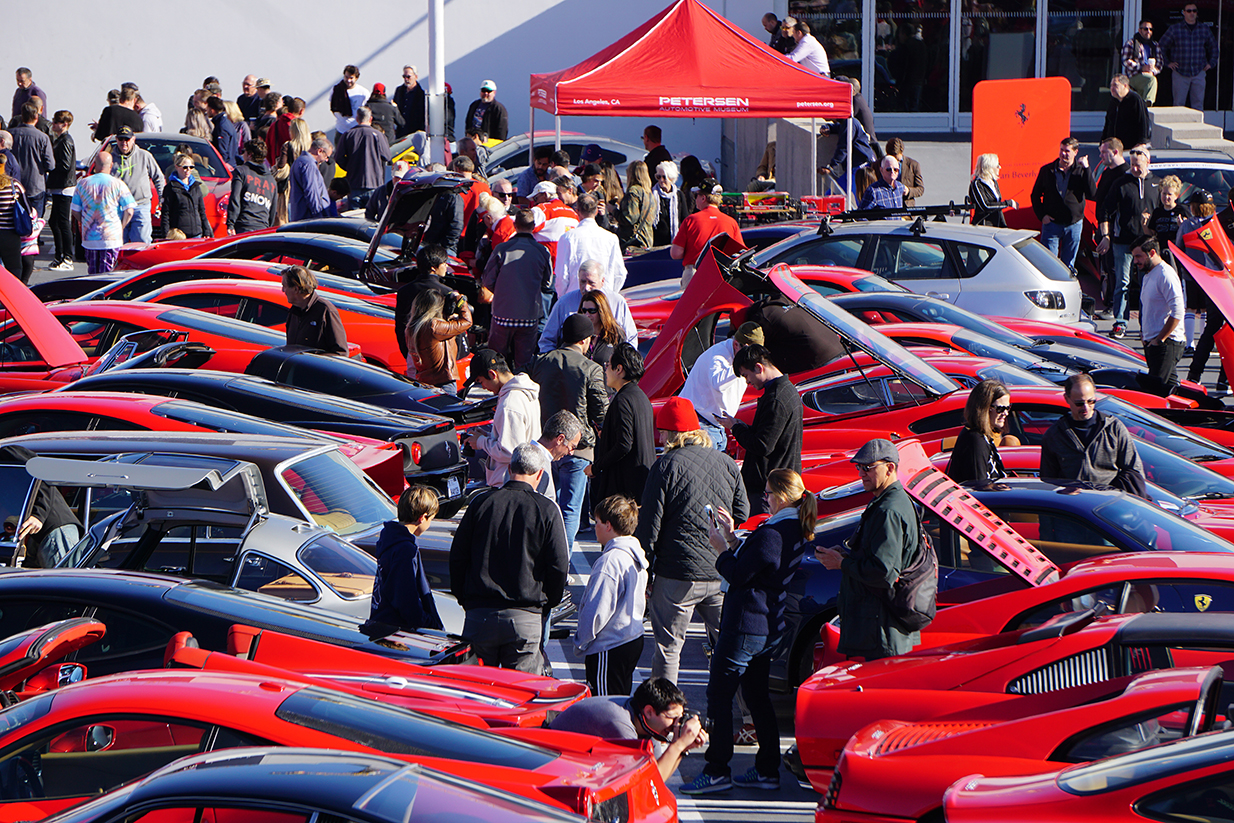 Enzo died in 1988 at the age of 90, but the Ferrari name and brand is alive and well. Despite annual sales of less than 10,000 cars, profits at Ferrari are soaring, due in part to the Ferrari name itself. From shoes to watches to hairdryers — Ferrari sells the rights to use their name on certain products. Ferrari also operates 16 retail stores, 30 franchised locations, and two theme parks.

The Petersen Museum was founded in 1994 by magazine publisher Robert E. Petersen. In 2015, the museum underwent an extensive $90 million renovation. The building’s façade was redesigned by the architectural firm Kohn Pedersen Fox, while designers at The Scenic Route configured interior spaces to accommodate changing exhibits that are intended to encourage repeated visits. The exterior features a stainless-steel ribbon assembly, made of 100 tons of 14-gauge type 304 steel in 308 sections, 25 supports and 140,000 custom stainless-steel screws. The remodeled museum opened to the public on December 7, 2015.